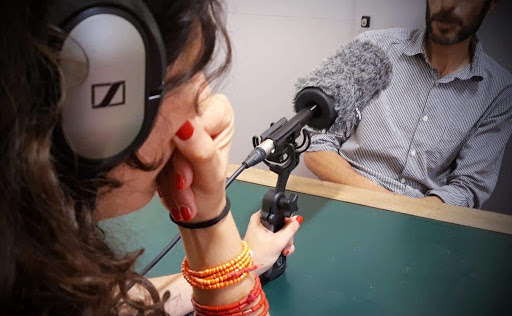 This conversation unfolds the premise that the production of knowledge, based on the gaze, implies a visual ideology, a normative way of seeing which is learnt and inherited.
In this regard, by echoing Judith Butler’s reflections on the epistemological normative path which establishes «the bodies that matter» (Butler 2018), Paul Preciado refers especially to the «regime of the visible». With this formula, Preciado defines a form of a normative epistemology, based on the perspective, which acknowledges and makes legitimate reality according to previous binary normative schemes (such as: man/ woman; black/white; valid/invalid).

In light of these considerations, what is the epistemologic approach to territories and landscapes within a discipline like urban geography? How does the regime of the visible operate in this field? In a phenomenological and trans-disciplinary approach to the land, «the gaze of the field-worker is part of the problematic not a tool of analysis» (Gillian Rose, p. 87).

These reflections lead to the main question of this encounter: how could the acts of listening, intended as both oral and sonic analysis and production of the heard, contribute to produce forms of alternative and more inclusive forms of knowledges in this discipline? What would be the epistemological implications of the shifting from perspective to the listening of a specific territory?

In this encounter, listening is intended as a potential that «augments, expands and critically evaluates how we see the world and how we arrange ourselves to live in it.” (Salome Voegelin, 2014). The idea is to put in dialogue four different experiences of practice-based research in relation to urban geography, which propose forms of «sonic situaded knowledges» (Annie Goh) dealing with plural and inclusive representations, narrations, processes of coalition building ofand within specific territories.

Gascia Ouzounian will explore the sonic counter-mapping of cities: urban sound maps that resist and counter official narratives of urban spaces and communities. She will examine projects by artists, activists, and scholars including Allie Martin, Anna Raimondo, Lawrence Abu Hamdan, Samuel Thulin, and Matilde Meireles. Her discussion will consider how their sonic counter- mappings reveal the acoustic city as an unstable site of contestation in which certain social and economic interests are upheld and others are repressed; and how sonic counter-mappings can engage and alter the dynamics of belonging and citizenship in the acoustic city.

Griselda Flesler will present some initial ideas about public spaces in the context of the feminist and sexual dissidence agenda in Argentina. In particular, she will speak about the “Public Voices” project and her research on queer uses of university space.

Anna Raimondo will speak about her ongoing artistic practice based PhD research «New genders of listening: voices, bodies, silences and territories», by exploring in particular the potentialities of what she defines as «gendered listening», as a tool of coalition building, analysis and counternarration of specific territories. She will share some of her audio works which propose an intersectional feminist and plural narrations of the territories we inhabit, according to our most significant places.

AM Kanngieser, informed by over two decades of collaborative sonic ethnographic work
with communities in Europe, Asia and Oceania, will focus, in this talk, on the importance of situating oneself in connection to both communities and to land through listening practices. they will show how they approach environments and communities through understandings of relationality and interdependencies, the importance of moving away from narratives of trauma and deficit, knowing when one’s presence is harmful and unwanted and how to take it with grace and leave with appreciation.