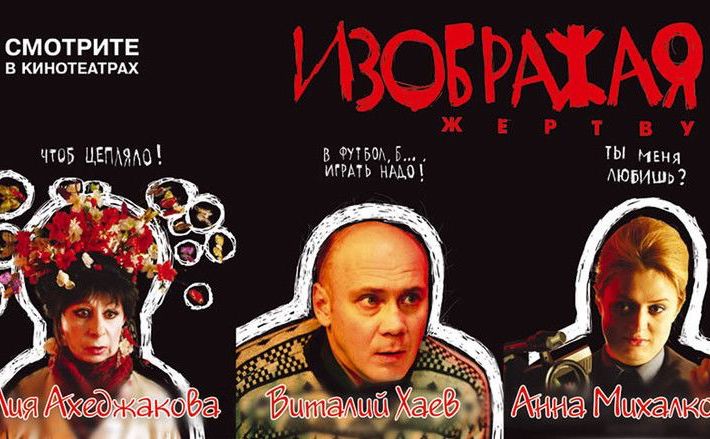 [EN] RusClub is a platform for Russian cinema. Alexandra Dementieva selects Russian movies and guides you through the history of Russian cinema. RusClub takes place at dinA (Nieuwbrug 3 Rue du Pont Neuf 3, 1000 Brussels). The doors open at 7:30pm and the first movie starts at 8pm.

The movie that will be shown is:
* Playing the Victim (2006 – 95min)
Directed by Kirill Serebrennikov

“A young Muscovite, Valya, has dropped out of university to earn money working in the police force. His job: to literally “play the victim” in video reconstructions of murders under investigation. The task is ridiculous since the criminals have already been arrested and there is no doubt that they will be prosecuted, but regulations require the reenactment. Valya finds himself in one absurd situation after another, “killed” again and again while a video camera records everything. Meanwhile, his life at home is equally oppressive-his mother and girlfriend annoy him endlessly, and at night his dead father’s ghost comes to visit, full of reproaches. When his father reveals that he was poisoned by Valya’s mother and uncle, who are now planning to marry, Valya’s already crumbling respect for the world around him collapses and he decides to enact a poetic and brutal vengeance. Serebrennikov creates a frenetic and sharply ironic adaptation of Hamlet. Playing the Victim combines an acerbic depiction of contemporary Moscow and a farcical justice system with a darkly funny story of youthful angst. Winner of the Grand Prize at the first Rome International Film Festival.”