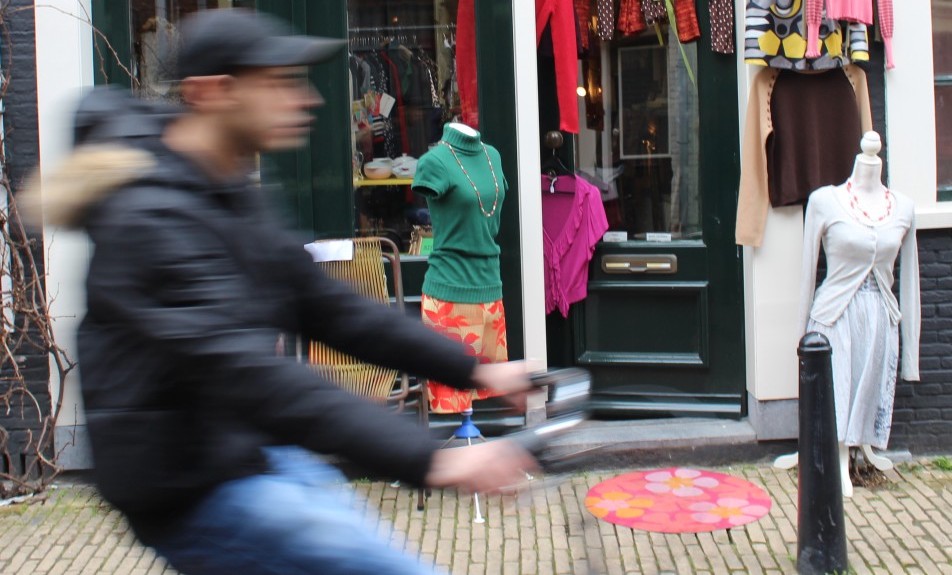 Kasper Demeulemeester was born on a snowy January night in Brussels, Belgium, where he still lives and works. He studied Philosophy, History and American Studies in Brussels, Ghent and Antwerp. Kasper has been active as a photographer since the winter of 1997. As a spatial practitioner, he also works under the moniker Vrienden van Brussel.

In 3600 Steps (Photographic-Therapeutic Walks) a team of Subconscious Reporters wanders through the city, straying from street to street without a goal, without a plan, moving to a rhythm that has been set before. According to the abstract instructions they received before they started out, they photograph, but soon this part of their mission becomes ever less conscious, becomes part of the rhythm of walking and counting. The decisive moment feels more like a temporary release from meditation, like a swimmer coming up for air. While the Reporters make their unconscious way through the city, their simultaneous drifting turns into a choreography only visible for those who are not reporting. It might be that not all those who wander are lost, but these men and women lose themselves, if we hadn’t all already lost ourselves.
While they are walking, the images they create can be followed online in real-time, without explaining where each was taken or who is the photographer of each image. A subconscious portrait of the city originates, as disconnected from itself as the Reporters are from themselves.
This project takes the form of an event happening at different locations in the city at the same time, though it will afterwards also be available to the public as a spontaneous therapeutic public service.