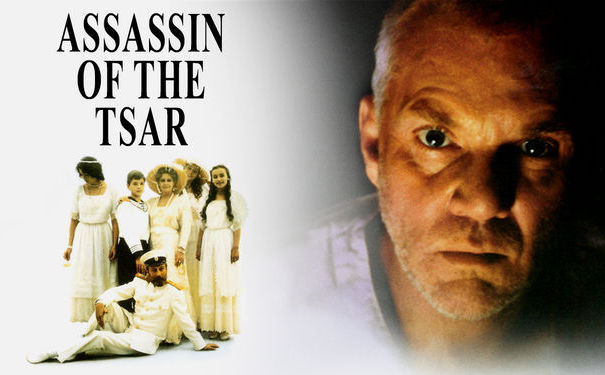 [EN] RusClub is a platform for Russian cinema. Alexandra Dementieva selects Russian movies and guides you through the history of Russian cinema. RusClub takes place at dinA (Nieuwbrug 3 Rue du Pont Neuf 3, 1000 Brussels). The doors open at 7:30pm and the first movie starts at 8pm.

The movie that will be shown is:
* Assassin of the tsar (2001 – 104min)
Directed by Karen Shakhnazarov

“Malcolm McDowell, with shock-white hair and a death-mask visage, delivers a powerful and intense performance in this British/Russian co-production, directed by Karen Shakhnazarov — and also starring popular Russian actor Oleg Yankovsky. McDowell plays a schizophrenic patient in a Russian hospital named Timofeyev who is convinced that he was Yakov Yurovsky, the man who executed Tsar Nicholas II and the royal family during the Russian Revolution in 1918. Timofeyev tries to convince the doctors that he is cured of his delusions, but a new doctor, Smirnov (Oleg Yankovsky), thinks that there is something hidden beneath the surface of Timofeyev’s delusions that has yet to be revealed. Smironov becomes as obsessive as Timofeyev in attempting to uncover the truth of the assassination. When Smironov travels to Sverdlovsk, where the Tsar was killed in 1918, he and Timofeyev both proceed to re-live the tragic murders.” – Paul Brenner, Rovi