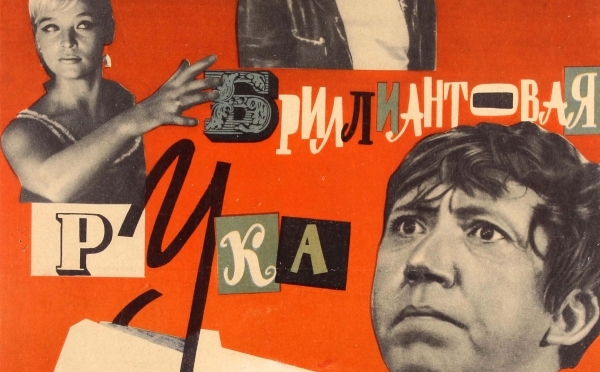 “Brilliantovaya Ruka follows the misadventures of Semyon Gorbunkov (Yuri Nikulin), a kind hearted family man who has the bad luck of breaking his arm while vacationing. As circumstance would have it, a gang of smugglers had been ordered to wait for a fellow thief to stage such an event in the same location where Gorbunkov had quite unintentionally fallen. Under the impression that he was in on the plan, the smugglers whisked an oblivious Gorbunkov to an emergency “clinic” where his cast was filled with several million dollars worth of diamonds before he was sent home. The gangsters quickly realize their bungle, however, and head out to reclaim the stolen merchandise through whatever means necessary. When Gorbunkov finally realizes the value in his arm, he contacts the authorities and begins participating in a highly secret effort to return the diamonds to their rightful owner. With 76.7 million admissions in its homeland, the film was a box-office leader in 1969 Soviet cinema.” – Tracie Cooper, Rovi