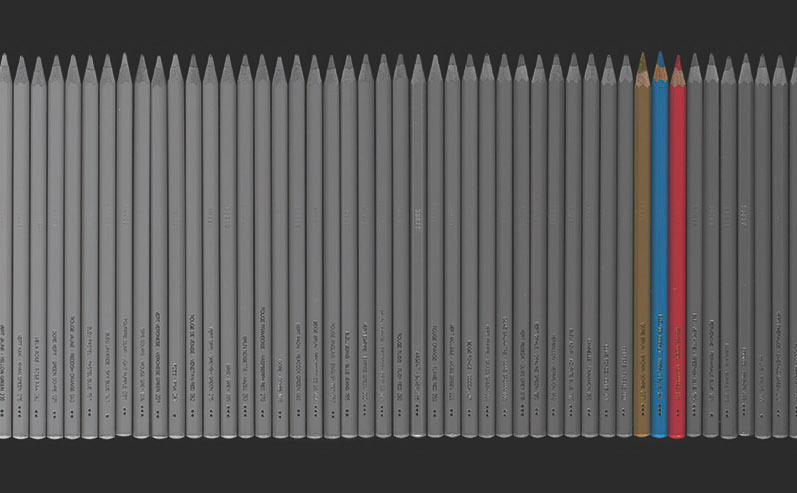 Camino Welt is a reverse pilgrimage by Various Artists, a walk from Santiago de Compostela to Ostend following the coastlines of south-western Europe and keeping the sea on the left. The walk from south to north evolves into a search for commercialism and brings Various Artists in a state of constant temptation and contamination while collaborating, influencing and sometimes sabotaging each other into a frenzy of overproduction.

The project is set up as a mobile studio where one physical artist, representing the 24 fictive members of the collective, walks the track while producing as much work on the road as humanly possible. From an initial conceptual idea, the trip evolves into a sheer production schedule. The process will develop gradually over time.

While walking, the group not only collects from nature but also mimics natural processes: artificial weathering, erosion and bleaching are all techniques used to transform ordinary objects picked up along the way. Works, actions and concepts are repeated in every chapter, resulting in as many collections at the end of the journey.

Lastly, the artist is trying to avoid becoming a metaphor for the pilgrim coming home, the black hole, the anti-climax, a fading state without catharsis. Instead, everything is set to rise to a crescendo with the urge to end on a high.

Camino Welt is spread over several years split into 40 chapters. Every chapter is driven by a song by the Residents off their ‘Commercial Album’ from 1980. While looping one song over each chapter, the song becomes the mantra that pushes the practice to higher levels.